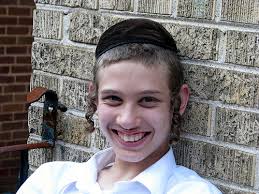 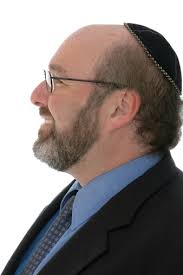 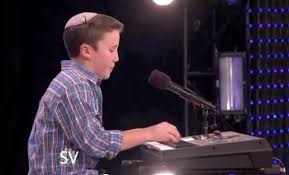 Boys and men are asked by the Torah not to “round off the corners” (peyot in Hebrew) of their faces (Leviticus 19:27).  The word peyos refers to sideburns — i.e. the hair in front of the ears
that extends to underneath the cheekbone which is level with the nose
(Talmud – Makkot 20a).  Maimonides explains that the prohibition of “rounding” prohibits the
removal of sideburns, by razor, tweezers or any other means.  It
is permitted to trim the sideburns, even very close to the skin, using
scissors. (Thanks to Judaism.about.com.)

So actually, most men are already keeping the mitzvah.

Why do some guys grow them long, curl them, wear them in front of the ears, or tucked behind the ears?

Once they are not being trimmed, some like to “adorn” or “embellish” the mitzvah by growing them long, making them look nice, and wearing them prominently.  Sometimes the way you wear your peyos is a symbol of identity with a particular sub-group within Judaism.  Some have a custom to let a boy’s hair grow until the age of 3 (another post), then cutting it in a festive ceremony, putting emphasis on leaving the “peyos.”

But you won’t be seeing this: 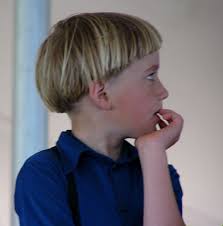 Hi! I'm Ruchi Koval. I'm an Orthodox Jewish woman. Married, 7 kids. I'm the co-founder and director of the Jewish Family Experience, a congregation and Sunday school in Cleveland, Ohio. I'm a certified parenting coach, motivational speaker, musician, and author - my book, Conversations with G-d, and the accompanying CD, is available on the "book & CD" tab. One of my passions is Jewish unity. This blog is a way to talk to each other and to unite us with education, respect, and understanding. Connect with me via the icons in the upper right hand corner, or email me at ruchi@outoftheorthobox.com

What we are talking about

Connect with Ruchi on